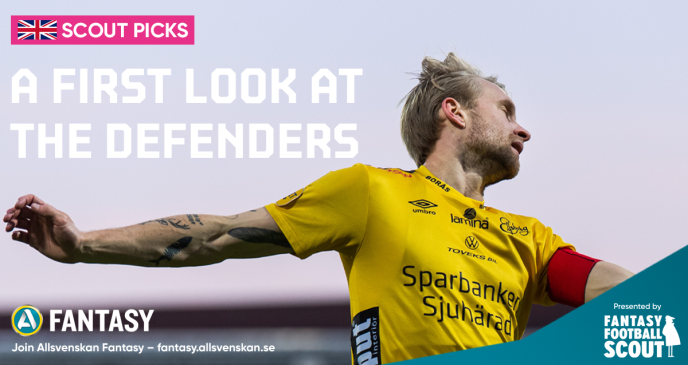 A first look at the defenders

After looking at goalkeepers, the Scout now looks at defenders. Defenders in Fantasy Allsvenskan have always been a good source for points and this is reflected in the new prices this season. A significant price bump can be seen across the board for defenders and in this article, we look at why some of these could still be worth it, while others may struggle.

The two most expensive defenders in the game are Johan Larsson (8.0m) and Aslak Fonn Witry (8.0m), who finished last season with 162 and 139 points, respectively. Larsson had a terrific season with goals, assists, clean sheets, offensive bonus, and defensive bonus; more or less the complete package, he offers a little bit of everything and the club captain should end the season high up the points charts again. Witry had a slightly worse season by his standards, but still scored well. He most missed Mohamed Buya Turay and Marcus Danielsson in terms of outlets for his creativity, while Djurgården overall struggled to find their footing most of last season. Witry has also been taking some penalties in pre-season, and if he keeps taking them he is an even more interesting prospect.

Malmö’s Eric Larsson (7.5m) took quite a while to start producing points but once he got going he roared back into form. In the final five games of the season he had 3 clean sheets, 3 goals, and 2 assists – compared to only 3 assists and 6 clean sheets in the 25 games before. With the competition for regular starts from Felix Beijmo (6.0m) intensifying, Larsson will have to prove his late season surge was indicative of things to come.

Mikael Lustig (7.5m) had a monumental impact on AIK’s defence but the new price tag means a lot of mangers might be looking elsewhere as 6 clean sheets, 2 goals, 1 assist, 6 offensive and 4 defensive bonus points in 13 appearances is good, but not quite elite level. Other options in AIK’s defence appeals more from the start but Lustigis crucial to keeping the defence as solid as last season.

Martin Olsson (7.5m) arrives at Häcken to prove he should start for the Swedish national football team this summer, however, given he got an unfortunate injury in the training ground at the start of February which threatens to keep him out of Gameweek 1, he remains a wait and see. 6 clean sheets, 5 assists, 14 offensive and 23 defensive bonus points in 25 appearances places him firmly on the watchlist for a return to the starting line-up though.

Teammate Elohor Godswill Ekpolo (7.0m) comes in slightly cheaper and he got 11 clean sheets, 3 assists, 7 offensive and 26 defensive bonus points. To really provide value at this price he would still have to up his attacking threat a bit, which he could certainly do.

One of the most significant price rises can be seen in Eric Kahl (6.5m) who started last season at 4.0m. With his main competition Erick Otieno (5.5m) missing most of last season due to injury, he established himself as a regular and provided good underlying numbers despite only being managing one assist. Kahl is still just 19 and he has a lot of potential but Otieno is now back, and it will be very interesting to monitor pre-season to judge how AIK intend to line up. A regular spot for Otieno might make him a slightly more interesting pick than Kahl. So far in pre-season Otienohas shown he can play in multiple positions across the defence, which furthers boosts his appeal.

Joseph Okumu (6.5m) is no longer a budget option like last year and with little attacking threat, it seems clean sheets and defensive bonus points will be the main drivers of his points tally. Elfsborg’s DGW7 appeals but there is also Simon Strand (5.5m) and Frederik Holst (5.5m) to consider, the latter frequently deployed in a midfield role which always appeals, even if his attacking numbers so far have been far from impressive (2 goals last season).

Another former budget option who impressed last season is Axel Björnström (6.0m). With just 3 clean sheets in 30 appearances, it was his attacking threat that made up the points as he delivered 5 goals and 7 assists in a Sirius side that looked great going forward but shaky at the back. Former attacking threat Stefano Vecchia and Elias Andersson (7.0m) have left but Yukiya Sugita (8.0m) is joined by Christian Kouakou (5.5m) and Ekin Bulut (5.5m), as Sirius looks to rebuild the attack under the new head coach.

Elliot Käck (6.0m) offers an alternative on the other flank to Witry, albeit with a big caveat on expectations. The main competition for his spot in Jonathan Augustinsson has left but one of the bigger appeals with Käck was his participation on set pieces, something which he might have conceded to Magnus Eriksson (8.5m) in pre-season. In Djurgården’s central defence we might see an established duo eventually but for now there are a lot of question marks surrounding who starts when all are fit out of Jacob Une Larsson (6.0m), Hjalmar Ekdal (5.5m), Erik Berg (5.5m), Jesper Nyholm (5.0m), and Isak Hien (5.0m).

Göteborg’s Carl Johansson (6.0m) topped the charts for defensive bonus points last season (36) and he also contributed with 3 goals, and 4 clean sheets but will be missing the start of the season after being forced to surgery due to an injury in pre-season. Alexander Jallow (5.5m) is attracting early attention in his new potential role at wing back while Mattias Bjärsmyr (5.5m) is going a little bit more under the radar despite his 4 goals, 1 assist, 6 clean sheets, and 11 defensive bonus points in just 20 appearances last season.

Joel Nilsson (5.5m) really came to life in the final games of the season, netting 5 assists and 3 clean sheets in the last 8 games. 10 defensive and 10 offensive bonus points in 24 games also points to some interesting underlying numbers. The expectations were high going into the season as he had 19 goals and 22 assists in 77 appearances in the previous three seasons for Mjällbu, and they will remain high after he scored 1 goal and 2 assists in 3 Swedish cup games in pre-season.

Piotr Johansson (5.5m) had a very successful season in a struggling Kalmar side last year, managing 7 cleans sheets, 4 goals, 4 assists, 4 offensive and 15 defensive bonus points, taking the occasional penalty as well. With new coach Henrik Rydström favouring a more attacking style of football like he did at Sirius, Johansson might have to up his attacking threat even more to make up for a potential lack of clean sheets, like Axel Björnström did. Teammate Sebastian Ring (5.5m) could struggle with the same issue and early attention might be shifted elsewhere for now.

Viktor Agardius (5.5m) has at times been taking up a spot at left wing back in pre-season for Norrköping and if Rickard Norling can improve the defensive solidity of the team, he and Linus Wahlqvist (6.0m) could provide an interesting duo going forward. They have tough competition for the wing back spot though and could regularly find themselves deployed more centrally in favour of Henrik Castegren (6.0m), Christopher Telo (5.5m), Kevin Álvarez(5.5m), or Egzon Binaku (5.0m). Monitor the final pre-season games like a hawk.

Halmstad were an incredibly tight team defensively last season, conceding just 19 goals in 30 games. That said, 5.5m each for the centre back duo Andreas Johansson and Joseph Baffo seems a tad bit pricy early on, unless they can demonstrate a knack for accruing bonus points on a regular basis.

Sticking with Halmstad, Andreas Bengtsson (5.0m) is at a better price point yet has offered very little in terms of attacking output last couple of seasons – just 1 goal and 2 assists in 58 appearances. If either Alexander Berntsson(4.5m) or Edvin Kurtulus (4.5m) manage to establish themselves as regulars in the starting line up, they could offer a nice way into a solid defensive unit.

Jonathan Tamimi (5.0m) had a great season in 2018 at Sundsvall where he scored a goal and got 9 assists, but recent years have been less impressive as he has struggled to establish himself in new clubs after that. It will be interesting to see how he works the flanks together with Erik Lindell (5.5m) who had 10 assists in 28 games last season.

Richard Magyar (5.0m) got 14 games for Hammarby last season but might find time hard to come by barring a lack of form, injury, or suspensions for the regular duo Jon Gudni Fjoluson (6.0m) and Mads Fenger (5.5m). Hammarby is far from defensively solid but they do eek out the occasional clean sheet, more by dominating possession than anything else.

Jean Carlos de Brito (4.5m) had a tough time getting regular minutes at Hammarby and spent the second half of the season out on loan to Finnish side Turun Palloseura, where he scored 1 goal and got 3 assists in 10 appearances. He arrives at Varberg with a point to prove and could be a decent option if he manages to nail down a starting spot in a rotation prone squad. Adama Fofana (5.0m) has been tested in a wing back/left midfield role in pre-season while Jon Birkfeldt (5.0m) scored 3 goals last season from a centre back position.

Michael Almebäck (4.5m) should be a regular fixture in Örebro’s defence, next to Andreas Skovgaard (5.5m) who looks to be priced for a potential he has yet to fulfil.  While Kalmar defender Johan Stenmark (4.0m) is proving a popular pick so far, it is the far less owned Elias Olsson (4.0m) who have been getting minutes in pre-season. Degerfors defender Christoffer Wiktorsson (4.0m) has been getting some minutes in pre-season and will continue to attract attention at that price as long as he puts his feet on the pitch from time to time. 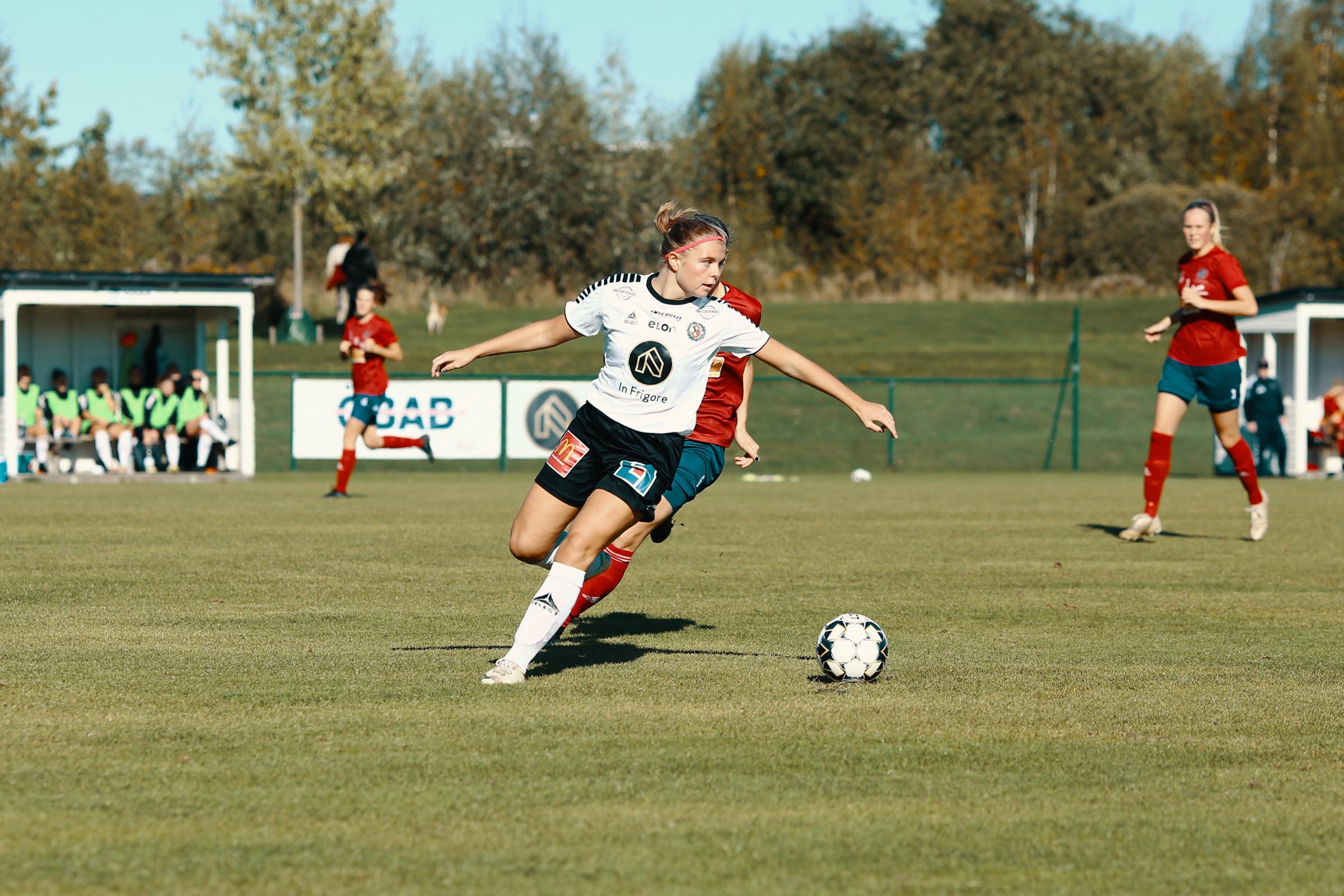 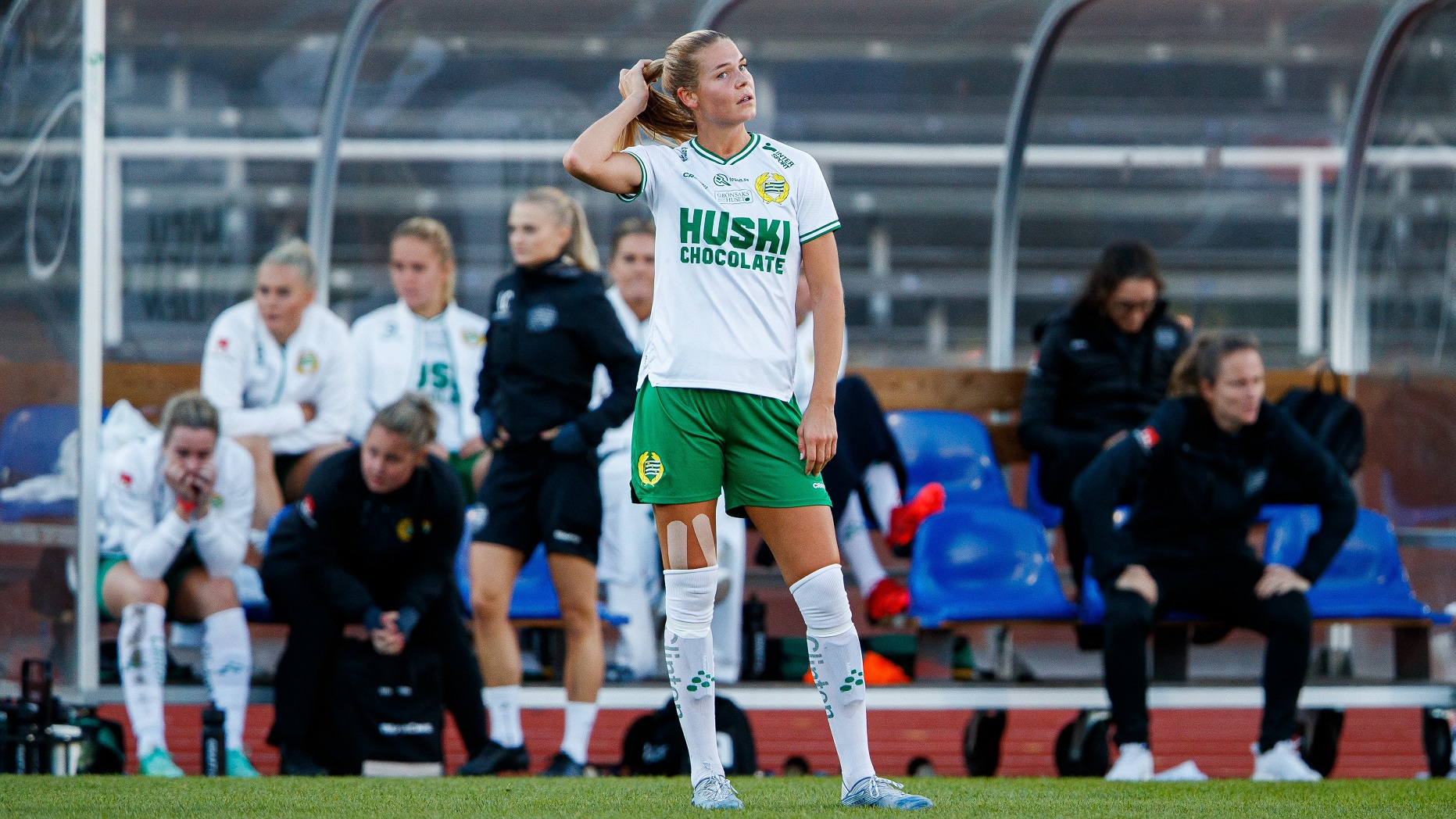 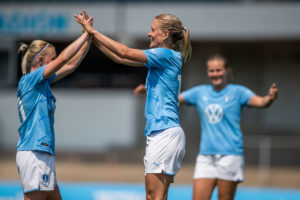 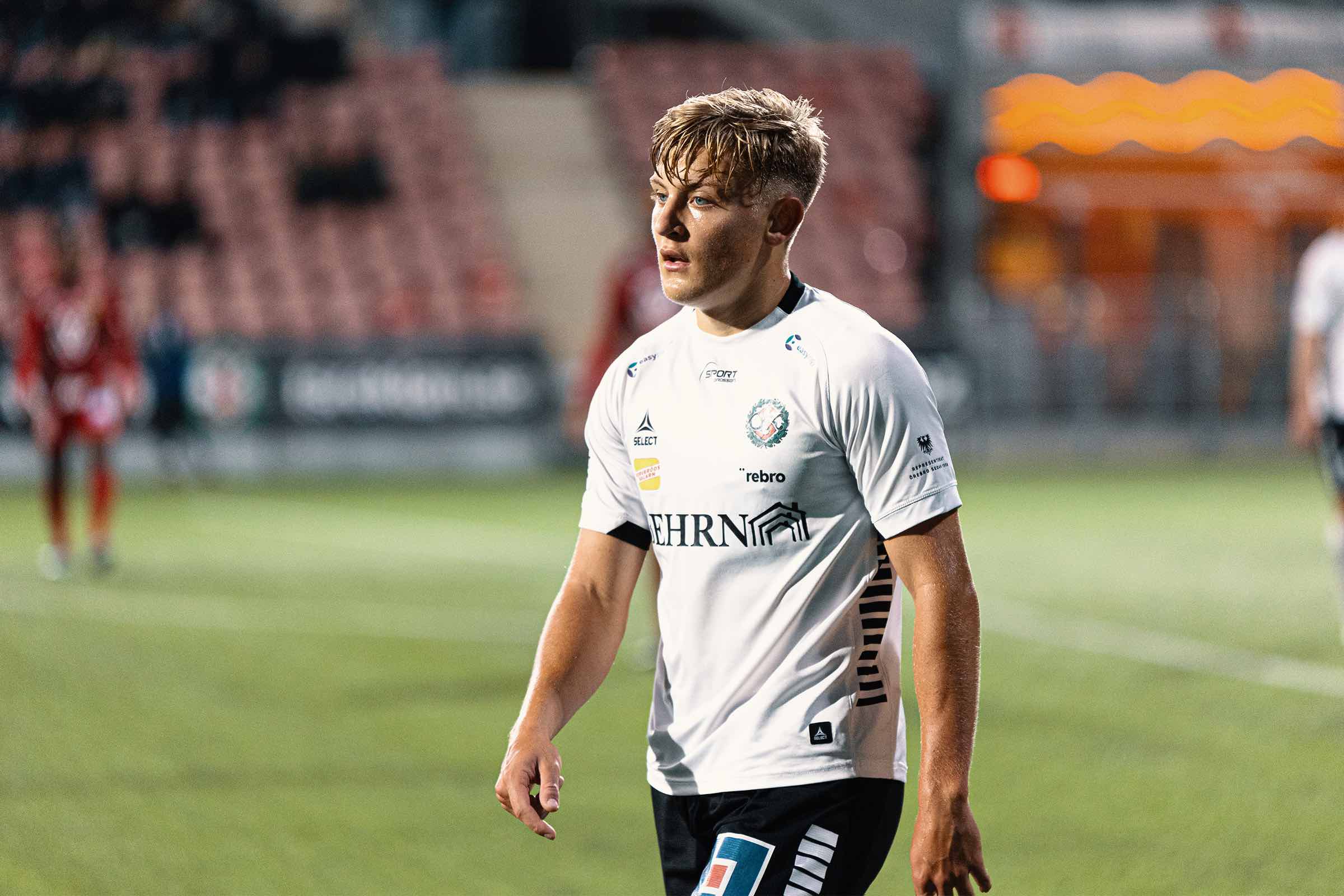 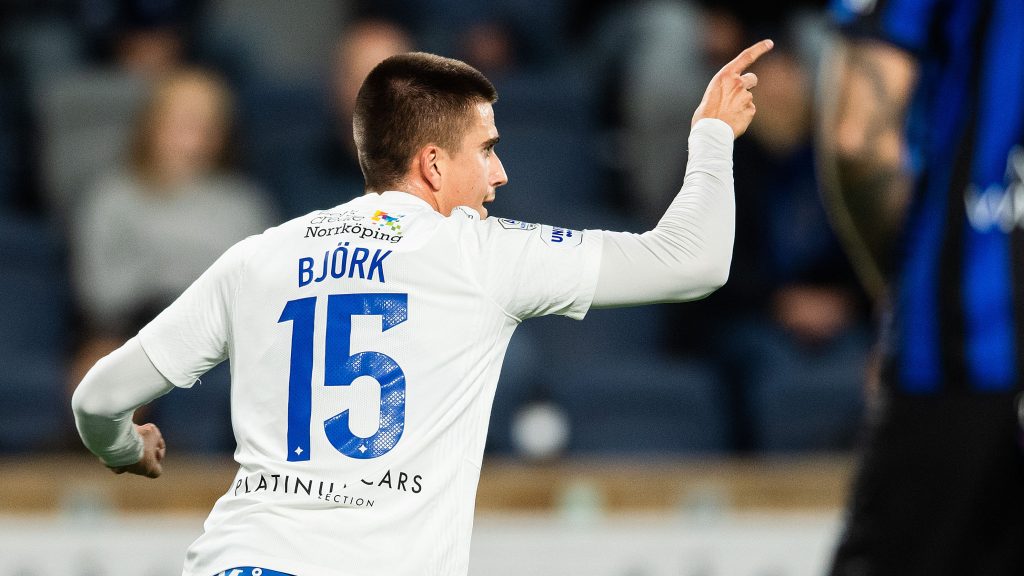