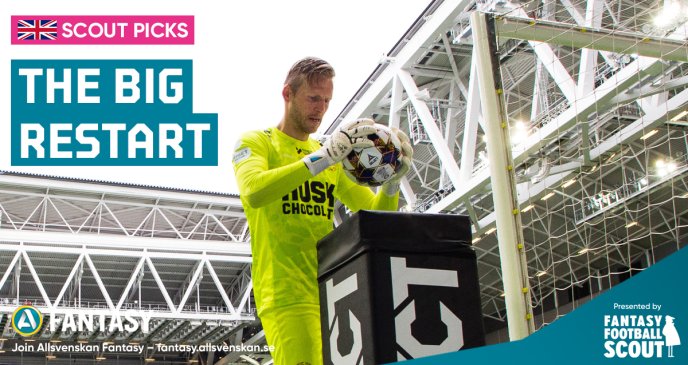 Welcome back to Allsvenskan Fantasy, after a six-week hiatus! With the Euros nearing their conclusion, we are treated to an interesting opening game in Allsvenskan as IFK Norrköping take on Malmö FF at home.

Meanwhile, IFK Göteborg, Hammarby, and BK Häcken all have new coaches, and as the fans are gradually being let back into the stands we could be looking at a big shift in the established fantasy template in the coming weeks.

David Ousted 5.4m
David Ousted should be back in charge between the sticks for Hammarby as they entertain Halmstad in the first game with a lot more people in the stands than previously allowed. While the home side is hardly known for their defensive solidity, expect them to dictate the game most of the time and Ousted to have a decent chance of a clean sheet.

Aslak Fonn Witry 8.5m
Aslak Fonn Witry has a good fixture at home to Örebro, and Witry looks set to pick up where he left off as the highest scoring player in the game - by quite some margin.

Hjalmar Ekdal 5.8m
For those looking to double up on Djurgården’s defence, Hjalmar Ekdal has had a great start to the season for the Stockholm side, earning 4 clean sheets and 8 defensive bonus points in 8 games.

Joel Nilsson 5.6m
A long-term Scout favourite, Joel Nilsson has impressed this season with 3 clean sheets, 1 goal, 2 assists, 4 offensive and 6 defensive bonus points. Traveling to Sirius who have kept just 1 clean sheet all season, Nilsson gets the nod once more for the Squad squad.

Magnus Eriksson 8.8m
Magnus Eriksson is loving his new role at Djurgården, as a slightly deeper more creative midfielder than last season. 5 assists, 7 offensive and 8 defensive bonus points with a few bids on potential goals as well, Eriksson will likely increase in ownership in the coming weeks.

Gustav Ludwigson 9.6m
With bonus points not really part of Gustav Ludwigson’s game (2 offensive and 2 defensive bonus so far), the attacking Hammarby midfielder is largely dependent on goals and assists to make a case for himself. 4 goals and 1 assist isn’t bad but arguably he needs to step it up a bit to warrant the premium price tag. At home to Halmstad with fans cheering on once more, Ludwigson is likely to answer with a stellar attacking display.

Akinkunmi Amoo 7.4m
A popular player despite the looming rotation risk, Akinkunmi Amoo has delivered 3 goals, 2 assists, 2 offensive and 2 defensive bonus points. With a new coach in place he will be looking to impress to make sure he gets the game time he needs to continue developing.

Adi Nalic 6.9m
With Ola Toivonen out long term and Anders Christiansen away in the Euros, Adi Nalic is likely to be given a key role for Malmö in the short term with a chance to establish himself as a more permanent fixture even when “AC” returns. With 2 goals and 1 assist so far in just 366 minutes of playing time (mostly sub appearances), Nalic looks like an interesting prospect for the restart.

Nicolás Stefanelli 7.7m
3 goals and 2 assists is arguably less expected from Nicolás Stefanelli, after a very solid start to the season at AIK. Averaging 3.8 shots per game and having missed 5 big chances this season, odds are in favour of Stefanelli finding his scoring boots sooner rather than later.

Jacob Bergström 6.4m
Jacob Bergström is another striker who could come into a bit more form after the restart, having scored 3 goals and managed 2 offensive and 3 defensive bonus points with good underlying numbers. The first fixture away to Sirius certainly looks promising for Bergström.

Victor Edvardsen 6.5m
Allsvenskan’s “all or nothing” striker Victor Edvardsen has performed a lot like Degerfors this season, high highs and low lows. All five of his goals has come in two games and notably, both were at home in their own arena, which they’ve just been allowed to play at in those two games. In Gameweek 9 he and Degerfors takes on Östersund at home, and we could be looking at a continuation of that trend.

This Gameweek the Captain Pick is Aslak Fonn Witry, who will be looking to impress as well as keeping Djurgården’s title hopes alive, as they are trailing Malmö by just 3 points with a game in hand. 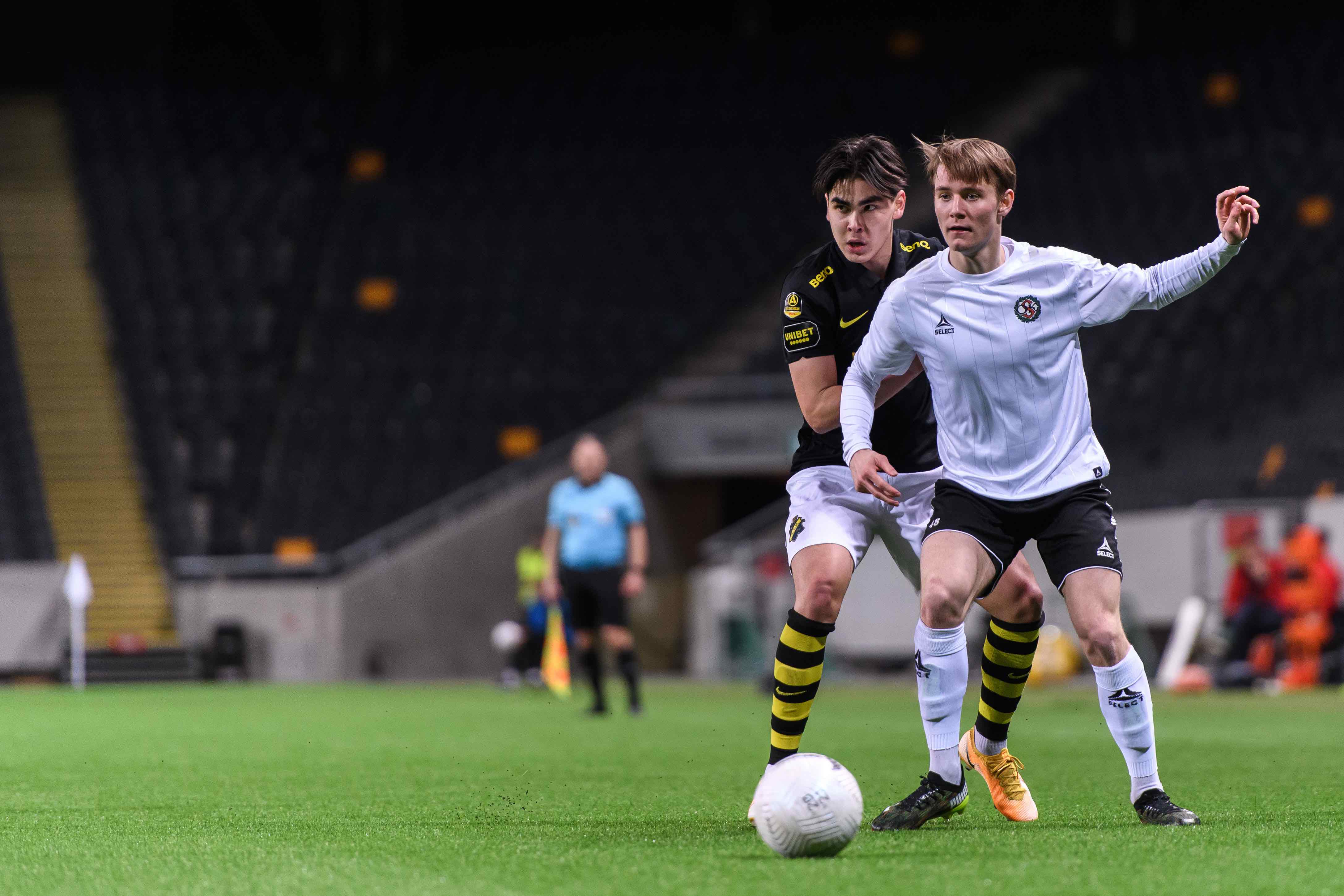 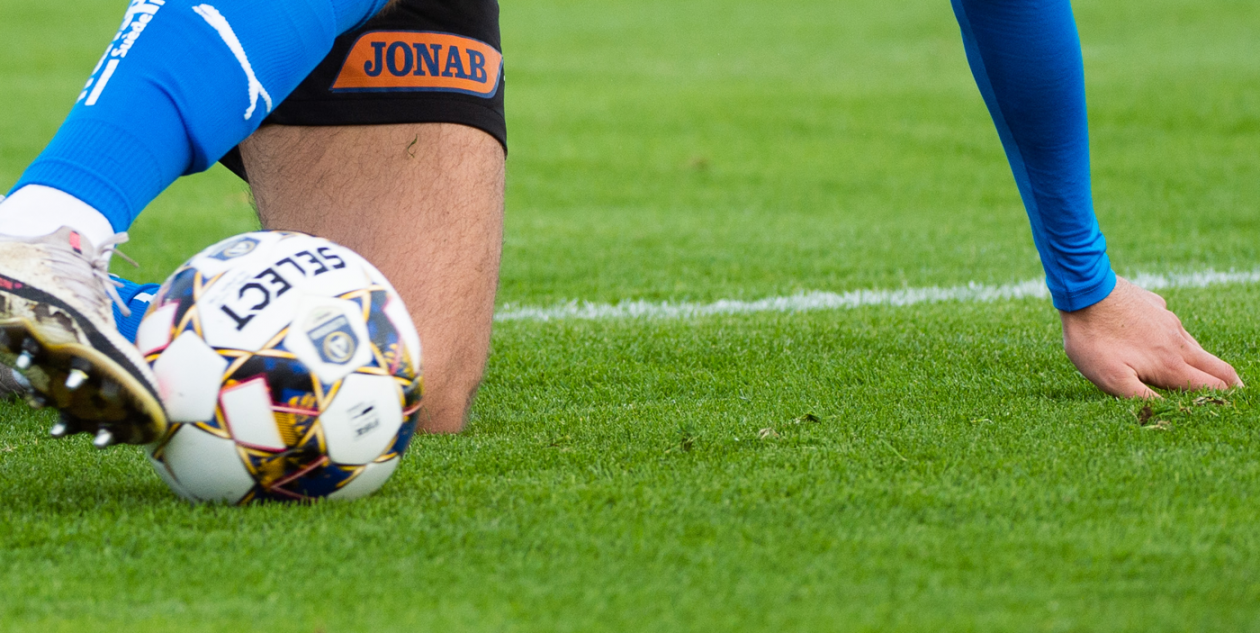